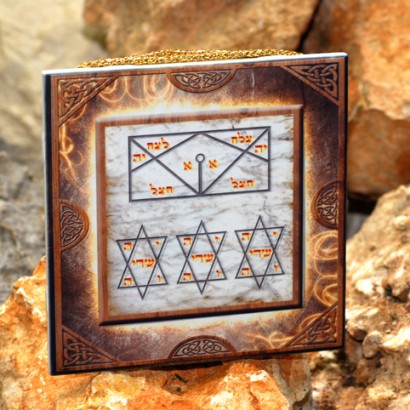 An amulet for Success in Business

It is taken from the book (Raziel the Angel):

presented on a beautiful marble tray